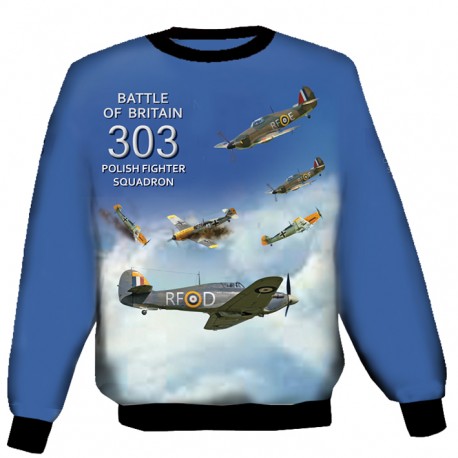 Well. 303 ( "Kosciuszko") Polish Fighter Squadron (Polish 303 Squadron "Warsaw them.
Tadeusza Kosciuszki") was one of 16 Polish squadrons in the Royal Air Force (RAF) during the Second World War.
It was not just the highest scoring of the Hurricane squadrons during the Battle of Britain,
but it had the highest ratio of enemy aircraft destroyed to their own lost (safest).
The squadron was named after the Polish and United States hero General Tadeusz Kosciuszko,
and the eponymous Polish 7th Air Escadrille founded by Merian C. Cooper, that served Poland
in the 1919–1921 Polish-Soviet War. No. 303 was formed in July 1940 in Blackpool, England
before deployment to RAF Northolt on 2 August as part of an agreement between the
Polish Government in Exile and the United Kingdom.
It had a distinguished combat record and was disbanded in December 1946