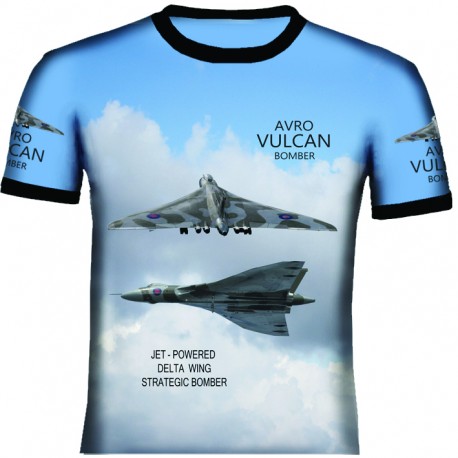 The Vulcan B.1 was first delivered to the RAF in 1956; deliveries of the improved Vulcan B.2 started in 1960.
The B.2 featured more powerful engines, a larger wing, an improved electrical system and electronic countermeasures (ECM);
many were modified to accept the Blue Steel missile. As a part of the V-force,
the Vulcan was the backbone of the United Kingdom's airborne nuclear deterrent during much of the Cold War.
Although the Vulcan was typically armed with nuclear weapons, it was capable of conventional bombing missions,
a capability which was used in Operation Black Buck during the Falklands War
between the United Kingdom and Argentina in 1982